Skip to the content
Widebinary » internet » History of Linux Timeline

How Linux born? Is it coming from Unix?  Here is a brief Linux history timeline.

The UNIX operating system was born.

UNIX versions 6 and 7 were developed, first in B and Assembly then C. At first UNIX built for academic purpose only. But later it was sold to vendors.

Richard Stallman announced about the development of GNU Project(GNU’s Not Unix!).

Andrew S. Tanenbaum develops MINIX, a Unix like system based on a microkernel architecture. MINIX first developed for the educational purpose, later the development focuses on building a highly reliable microkernel OS.

GNU’s own kernel, The Hurd, was developed.

Linus Torvalds while studying at the University of Helsinki, started development of the Linux kernal based on MINIX, applications on MINIX also used in linux.

Some people call it “GNU/Linux” or simply “Linux”. There is a controversy with the name.

Various UNIX like operating systems or Linux distributions are released, such as; OSX, Debian and Ubuntu. 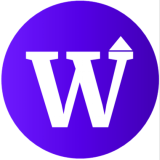 Sukanta Das, known professionally as Sdtechie, is a blogger who writes about technology, software, & Internet. He is a certified IT Professional by CISCO and IIT Madras.